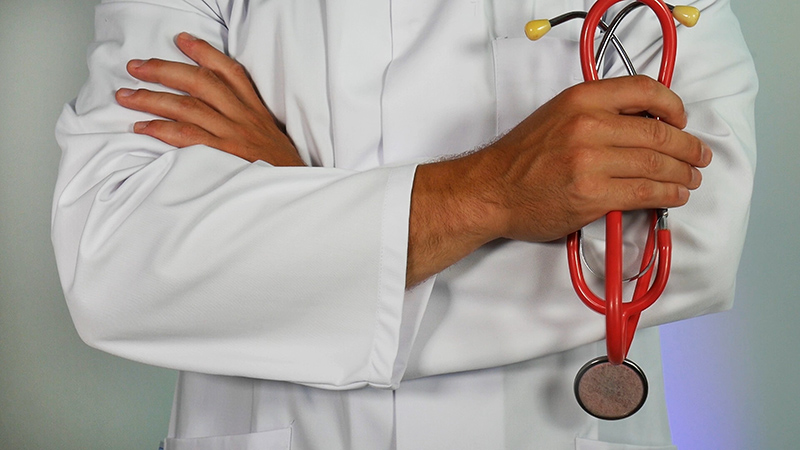 From movies to music to meals, subscriptions are the new path to business success. It turns out that might be true for medicine, too. But why? What does that look like? And what might that mean for healthcare? It’s not all good. Here, we dive into concierge medicine and its ramifications, and explain what it may mean for pharma.

The Good: A Fix for Burned-out HCPs and Dissatisfied Patients
Insurance company incentives have led healthcare professionals (HCPs) to see more patients with a lower profit margin. This is the case both for private and government (Medicare/Medicaid) payors. But as the patient volumes increase, so does physician burnout, patient dissatisfaction, misdiagnosis, and a limited access to primary care.

Seeing a doctor for 20 minutes was not a luxury 25 years ago, but it is today, as payors continue to crank down on physician reimbursement (which now accounts for 8%-20% of all healthcare spending). Who wants to sit in a waiting room for an hour to actually end up with a six-minute visit? How can quality care be delivered under that model?

“Concierge medicine appeared in primary care in the 1990s with the purpose of providing luxury medical care,” Erin Sullivan, research and curriculum director at the Center for Primary Care at Harvard Medical School, told NPR. But, she says, simpler models “emerged in the mid-2000s to focus on restoring the doctor-patient relationship and providing access to more personalized care at a lower price point.”

Increasingly, HCPs and well-heeled patients fed up with the current model are moving to a concierge model.

According to a January poll conducted by NPR, the Robert Wood Johnson Foundation, and the Harvard T.H. Chan School of public health, 22% of adults in the top 1% of U.S. income (half a million dollars a year or more) participate in concierge medicine. However, fewer than 10% of those in all lower income brackets do. We’ll come back to that.

In one example of concierge care, Atrium Health in North and South Carolina recently announced two new “membership-based and subscription-based” pediatric practices to their healthcare system. The Atrium press release says that paying an annual or monthly fee will allow “enhanced services,” “a more streamlined coordination of care,” “more consistent direct access,” “a stronger physician-patient relationship,” and “fewer patients per physician” – a solid rationale all around for HCPs, pediatric patients, and their caregivers.

The Bad: You Get What You Pay For – Unfortunately
It’s hard to find statistics on exactly how many concierge physicians, practices, or patients there are, as there is no official registry or database, but the numbers seem to be increasing. In 2005, an article in the Journal of General Internal Medicine could only find 152 “retainer physicians” in the U.S., but in 2019, Concierge Medicine Today estimated the number to be 5,000-20,000.

Also increasing, however, are concerns around this model of medicine: “Disruption is a nice way of talking about challenging a status quo,” Dr. Jewel Mullen, associate dean for health equity at Dell Medical School at The University of Texas at Austin, told NPR. “The question that comes along with it is: for whose benefit?”

Concierge medicine certainly helps healthcare professionals. (DocWire News noted that “Recruiters would do well to include concierge physician recruitment as part of their business offerings,” and Medical Economics called 2020 “a banner year for concierge medicine,” saying that “physicians considering a change to the concierge model should make the leap in 2020” (though it should be unsurprising that that op-ed was bylined by the CEO of a concierge-medicine consulting company). It helps HCPs out of the morass of insurance paperwork and the hamster wheel of daily patient quotas and offers the potential of practicing medicine in a more focused and personal way.

And, of course, concierge medicine helps the patients who can afford it. They receive care and attention of an amount and quality that can be harder to obtain elsewhere. Some concierge practice models offer quarterly wellness visits to discuss diet, exercise, mental health, and more, for 45 minutes per session. Discussions like these can proactively address issues and prevent healthcare issues from ever even arising.

But if good healthcare becomes a perk of wealth, rather than a human right, what then?

The Ugly: Ramifications Include Stratification of Access to Care
The Journal of General Internal Medicine article noted, “… every unfortunate, yet predictable, side effect of the concierge practice has come true. The concierge doctors do tend to build their practices by shipping those who cannot pay off to other doctors. Those transferred patients are more likely to be Medicaid recipients. What was not necessarily predicted might be even worse news. The concierge doctors are getting rid of their sicker patients (at least those with diabetes). And they are not as likely to care for patients of color, raising concerns about worsening racial disparity in care. If it were to grow in popularity, concierge medicine would likely push more patients of color, poorer patients, and sicker patients into the remaining primary care practices.”

The current situation in American health care is similar to that of our education system. Those who can afford to opt into a private system often do, leaving those with fewer resources to put up with a public system that is often severely constrained, if not outright broken. As a result, the gap between the “haves” and the “have-nots” widens. This effect is troubling enough in education. What might happen if it seeps into healthcare?

What’s Next for Pharma?
Given that our country has a 42% obesity rate, that 20% of 18 year-olds are in a pre-diabetic state as they exit their pediatric practice, and the fact that deep-seated mental health issues contribute to downstream opioid abuse, perhaps it makes sense for the U.S. to invest in concierge care for all Americans. But is the U.S. willing to spend money on the front end of life to provide concierge, or concierge-level care and preventative care, in order to improve expensive and deadly outcomes later on?  If the answer is no, concierge care will exacerbate issues that result from unequal access to healthcare within our society. For pharmaceutical companies, the following questions arise:

How can pharma help ensure that all patients have access to care and have adequate time with their physician to have their concerns addressed?

Life-sciences companies should take note, because this shift can affect the landscape in many ways, and now is the time to consider, prepare, and perhaps even affect the changes that are to come.