[Quirky rhythmic music. A green animated hand drops “ingredients” into a beaker: a glow in the dark chess board piece; an electric butterfly; an eyeball that is first cracked like an egg; and a magical sphere.]

[The scene expands to a surreal, high-tech lab with many buttons, levers, and gizmos on every surface. The green hand flips a switch on the wall as the beaker bubbles. A “drinking bird” toy tips down to press its beak on a button as a crane claw appears from above. A periscope eyeball moves into frame as a purple hand pulls another lever below. The grabber pulls a new object, a blue, free-form shape, from the beaker and moves it to the right, to a fantastical area with spinning gears on the wall behind and an illustrated detached human head wearing glasses and a mustache sitting at the end of a conveyor belt.]

[The claw drops the shape into an opening at the top of the head – the man’s eyes pop open, his eyebrows shoot up, his mouth opens, and the object exits on the man’s tongue, which rolls out of his wide-open mouth like a carpet and deposits the transformed object, now a bright purple egg shape, onto the moving conveyor belt.]

[Various mechanical robot arms enter – one quickly inspects the object with a magnifying glass, the next zaps it with bright green electric sparks which cause the egg to transform yet again, this time into a little orange being with no arms wearing a red hat. Within an instant, a large purple stamper drops in from above and smashes the being which pops up instead as a red mushroom with white dots on its cap, all the while the object continues to move along the conveyor belt.]

[The stamper smashes the mushroom a second time and it transforms into a diamond on a pedestal. A spiky green ball on a cable swings in from the left and knocks the diamond off its pedestal and off the end of the conveyor belt into a dark purple funnel which is attached to a series of angular green pipes.]

[The camera tracks down the series of maze-like plumbing pipes. We can see the pipes bulge as the object passes through.]

[At the bottom of the last pipe, a red nozzle produces a single drop of liquid, which falls to a white block setting on a purple table below. The moment the liquid splashes onto the white block, there is one final transformation, and the block instantly swells like a sponge into the shape of four letters: N E X T, which is dimensional with the N and E on top of the X and T. The letters appear to be made of soft, squishy, purple, white and pink balls fused together.]

An enthusiastic voice proudly proclaims: “NEXTMAKERS!” as the EVERSANA INTOUCH logo pops into the top of the screen and the two green hands gesture toward the final object. The background shimmers and sparkles.]

[The hands and table fade away. All that remains is the NEXT object. The text “WE ARE” and “MAKERS” surround it, one on each side.]

Text reads: “WE ARE NEXT MAKERS”

[Finally, those graphics disappear and are replaced by the EVERSANA INTOUCH logo and the URL. The sparkles continue across the screen.] 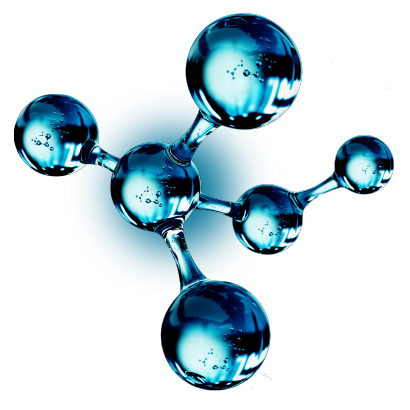 CONNECTING THE DOTS OTHERS CAN’T EVEN SEE

SEE HOW WE DO IT

No Matter the Challenge, We’ve Got You Covered

Championing the Smart, the Bold, the Beautiful

Level Up Your Brand’s Approach to Hispanic Audiences

There’s a spectrum of audiences to whom pharma communications need to appeal, and it’s the right time to reflect our society’s sophisticated diversity.

Show Your Work: Quantifying Impact to Communicate Your Marketing Strategy

In this POV, we explain a 5-step framework for making the best strategic decisions for your brand.

Marketing the Next Generation: What Modern Customers Expect

Which three key factors can provide the personalized experiences customers crave? Read on to find out.