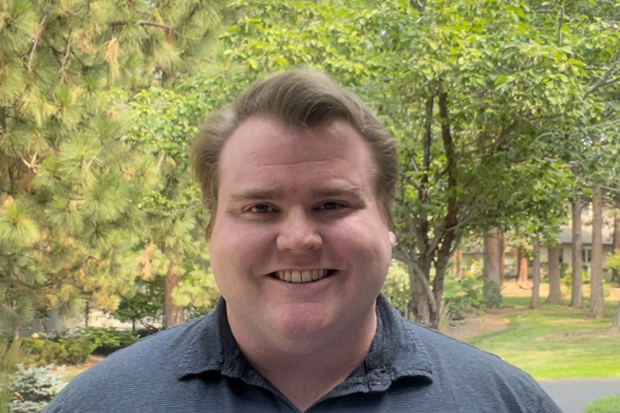 Here at EVERSANA INTOUCH, we have dozens of boomerangs. No, not the wooden kind – our “boomerangs” are employees who leave, then return to work here. And while we’re happy to list the many benefits, perks, initiatives, and policies that make working here great… our boomerangs often tell the story best. Today, we’re hearing from Andy Cuff, Account Supervisor, EVERSANA INTOUCH Proto.

Check out our Boomerang series to learn what it’s like to be part of an organization employees come back to (and where they’re welcomed back happily!)… and our Careers page to explore EVERSANA INTOUCH for yourself!

What influenced you to leave?

I had always worked in healthcare-related advertising, and was interested in what life could be like in a completely different field. I wasn’t actively looking for a new job, but was recruited to a large agency and thought it was a good opportunity to try something new.

What did you do while you were away?

I worked in advertising in the consumer-packaged goods space for about six months.

What drew you back?

I missed it here pretty much right away. I got some great experience, but I felt in the short amount of time I was gone that I got all I wanted to get out of that particular job. Things I thought I wanted to move away from in healthcare actually became the things I missed the most, which surprised me. While I thought I wanted to try working for a big flashy brand, I ended up longing to be back in a field that had more of an impact of people’s lives and had heart.

What differentiates EVERSANA INTOUCH for you?

It’s hard for me to describe the culture of EVERSANA INTOUCH because I think it’s so special. I’ve worked in the KC office, and have now worked remotely for multiple different offices, while making a West Coast move myself, but the integrity of our culture has been the constant. Intouch was already a large company when I first joined in 2019, and of course is now even larger, yet I’ve still felt cared for as an individual throughout. It’s something you take for granted when you’re used to it every day, but I know first-hand that you notice it when you’re not in a similar situation.

How did you find your way back?

One of the best things I got here has been an amazing network of friends and mentors I stayed close to. My former VP checked in with me a couple of times to see how I was doing, and I reached out to her several months later to express interest in returning.

I think there’s a definite stigma about working at a company for a short amount of time. I was initially trying to stick it out for a year, but I realized that it wasn’t worth it when I knew something was better out there… which was going back “home” to EVERSANA INTOUCH. If anyone is ever in a similar boat, I’d tell them to not sacrifice their happiness by trying to make their resume make sense on paper. For me, I realized being a “boomerang” after trying something new for a short time doesn’t mean I failed. It’s actually the contrary! It meant I had high standards for a workplace, after working at EVERSANA INTOUCH, and I wasn’t willing to settle for anything less.