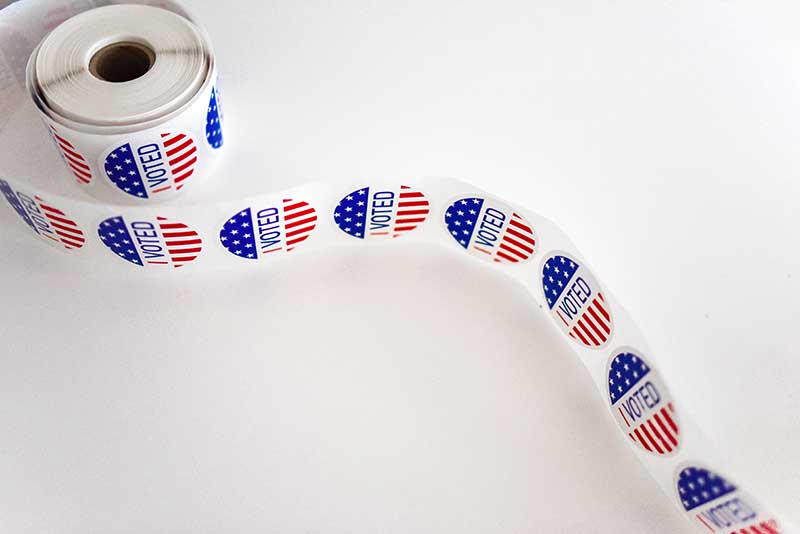 On the same day KC Intoucher Tyler Graves was celebrating his city council seat win, Intouch senior project manager Whitney Yadrich was toasting her own. Although this is her first government post, Whitney has long been an active community member, first as an award-winning journalist, then as a subject matter expert on project management at area and regional conferences, and late this summer, as a contestant — and winner — on National Public Radio’s Saturday morning quiz show, Wait Wait, Don’t Tell Me.

When asked what it was like to run for office, Whitney had this to say:

“Running for office is like living in the Upside Down from Stranger Things. Everything is familiar and foreign at the same time. I was always confident in my vision for Merriam, but initially I agonized about whether I was qualified to be a public official. Unfortunately, that is quite common – research shows that women typically don’t run for office unless someone ASKS them to, because we question if our experience and expertise make us worthy. In my case, it took two state representatives, two neighbors, my husband and a current city councilor to shove me off the cliff.”

“Once I hit the ground, I stuck to my platform of collaborative, respectful and forward-thinking leadership: implementing long-term, sustainable stormwater solutions and keeping Merriam’s tiny 4.5 square miles affordable for residents and desirable for businesses. No one wins an election by themselves, either. It takes a dedicated group of people who love you and believe in you enough to give their time and money. I am so humbled by the support I received, especially when things got white hot. Together we knocked on over 1,300 doors, made hundreds of phone calls, and distributed endless fliers, mail pieces and yard signs.”

“It worked. I defeated (crushed?) my opponent, 61% – 39%. It was the highest municipal voter turnout in Ward 2 in 10 years, and almost double the turnout in all of Johnson County. On the 100th anniversary of the 19th Amendment [which granted women the right to vote],it feels spectacular to have earned a seat at the table and to have the opportunity to be part of this new generation of leadership.”

Congratulations to Whitney on her big win!

If you’re interested in working with people who don’t sit on the sidelines, check out our jobs page today.