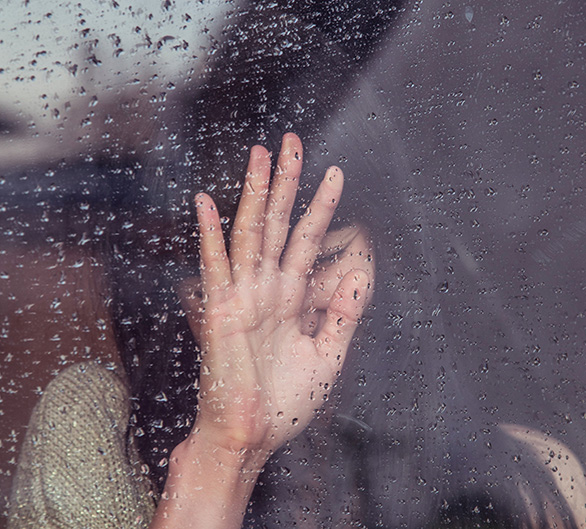 Perhaps the strangest point in my career was when I concurrently marketed a major candy brand and a novel diabetes medication. Yes, I recognize the irony. Interestingly, people seemed more impressed that I marketed chocolate than pharmaceuticals. After all, if you ask people to tell you their favorite ads, few are likely to name a pharmaceutical one. Why?

With some notable exceptions, Rx creative campaigns often fall into several cliché buckets … “sad lady staring out of the window,” couples walking on a beach, “look it’s just a pill,” or “isolated mom missing out on everyday life.”

I’ve kept a collection of these clichés — some aren’t terrible, just overplayed. So how can we do better to help pharmaceutical brands secure a relevant and ownable position in the mind of healthcare professionals (HCPs) and patients? How can we go beyond safety and efficacy claims (features) to create an emotional response that compels behavior change? There’s no perfect formula, but there are at least five things brand marketers and their agency partners can do to arrive at a campaign that resonates, drives behavior, increases sales, and yes, maybe win some awards.

Watch the Customers’ Feet, Even When You Can’t.
“Don’t listen to what comes out someone’s mouth,” my first boss used to say. “Watch their feet.” He was referring to how behavior, not rhetoric, is a better predictor of what’s ahead. Many years later, after sitting in hundreds of research sessions with healthcare professionals (HCPs) and patients, I began reading about body language (some felt like “pseudo-science,” but others were convincing). And it turns out, says leading body-language expert, former FBI agent, and best-selling author Joe Navarro, the feet can literally reveal more about customer’s mindset than words or facial expressions. I’ve talked about this enough to imagine the skeptical face you’re making right now.

A pandemic, of course, makes field and feet observation a bit tricky. But it has fortunately pressured research vendors to shift to video interviews instead of the traditional telephone in-depth interviews (TIDIs). I have always loathed TIDIs because most communication is nonverbal, but who knows if or when we’ll be back in research facilities staring at feet behind two-way mirrors? At least with video, we can watch faces — not just listen to words — when customers react to a creative concept or “ad lob” (an “ad-like object” that resembles a print advertisement).

Effective advertising is aimed at the amygdala and limbic system, the parts of the brain that manage emotions; but the frontal lobe is the part of the brain that has evolved in humans for executive functions like planning and organizing, but also lying. The mouth tells us more about the lobe, while the face and body will more tell us more about whether a creative concept is doing its job.

Don’t Differentiate. Distinguish.
Most brand managers get excited telling you 3-7 things about their brand’s efficacy, safety profile, or drug vehicle. I was excited about all my brands’ clinical data when I was a product director at Johnson & Johnson and Merck. Unfortunately, in many therapeutic areas, the differences between brands can be inconsequential. Early in my marketing career, I used to look down at medications with poor clinical differentiation. But our world is full of great brands that aren’t very differentiated – and have still managed to own something that matters in the mind of customers. Consider why people in research rated burgers as “tastier” when they were wrapped with McDonald’s packaging instead of wrapped in white paper … even when all the burgers were the same. Another study showed that the participants performed better in a task when they believed that they had consumed an energy drink, whether or not they really had. So, is it too much of a leap to suggest that good medicine could be more effective if backed by great advertising?

Learn from Erectile Dysfunction. One of the pharmaceutical industry’s best examples of smart creative campaigns and marketing positioning is the erectile dysfunction (ED) market. First, Pfizer used Bob Dole to medicalize ED and make it suddenly okay for men to acknowledge taking Viagra to treat their ED. Next, “challenger brands” Levitra and Cialis entered the market, occupying distinct places of their own. Levitra went after the man’s man with a campaign depicting former Chicago Bears coach Mike Ditka throwing a football through a tire swing. Cialis targeted couples with the curious but memorable outdoor dual-bathtub ads. It was perplexing, but the campaign worked, and reinforced Cialis as lasting longer to help both partners. Pfizer later repositioned Viagra with a blue-dress woman in exotic poses … and that was a campaign I believe would have crashed and burned as a launch idea for a new class. The bottom line is that none of these campaigns rested on clinical data alone. I like to ask people if a clinical claim is an emotional or rational benefit (Answer: it’s neither – it’s just a “reason to believe”).

Keep Your Eyes on the “Holy Grail” Moment.
In healthcare, the “holy grail” moment is the discussion between the doctor and patient. Both the HCP and patient campaigns need to converge so these two people don’t miss each other. Here’s a nice example from my days marketing Propecia at Merck. Research showed us that patients could literally cry to their doctor about hair loss, but doctors wouldn’t prescribe Propecia. But if we sent the patient to a simulated HCP appointment with the following message, they’d walk out with a prescription: “There’s baldness in my family and I am concerned. I’ve tried Rogaine but it’s not doing enough.” Our campaign sidestepped stigma by borrowing from the environmentalism movement with the line: “Save the Hair.” That made patients feel less guilty and vain about wanting to treat their hair loss, and doctors liked it because it’s more honest – the clinical trial showed Propecia is much better at keeping hair than re-growing it.

Be Simple.
The closer you are to a product, the harder it is to simplify the story. It’s a neurological truth. Have you ever noticed how if someone is an expert on a topic, it’s difficult for them to “net it out”? The brain has too many paths and caveats to travel. That’s why it’s important for marketers to get some help from people who don’t eat, sleep, and breathe a brand daily. When you’re super informed about a product, it’s too easy to fall in love with messages 3, 7, 9, and 11. But history proves that simple sells. Got Milk? Just Do It. Think Different. We Try Harder.

Conclusion
Healthcare products and services deserve having their stories told just as creatively and cogently as other industries. We can do better than “people laughing while eating a salad” or “isolated sad lady missing out on everyday life.” Simple, distinct, compelling healthcare ads can create both a rational and emotional response that drives sales and improves people’s lives. Sure, we’re still going to eat our candy. But a good campaign can be that spoonful of sugar that helps the medicine go down.