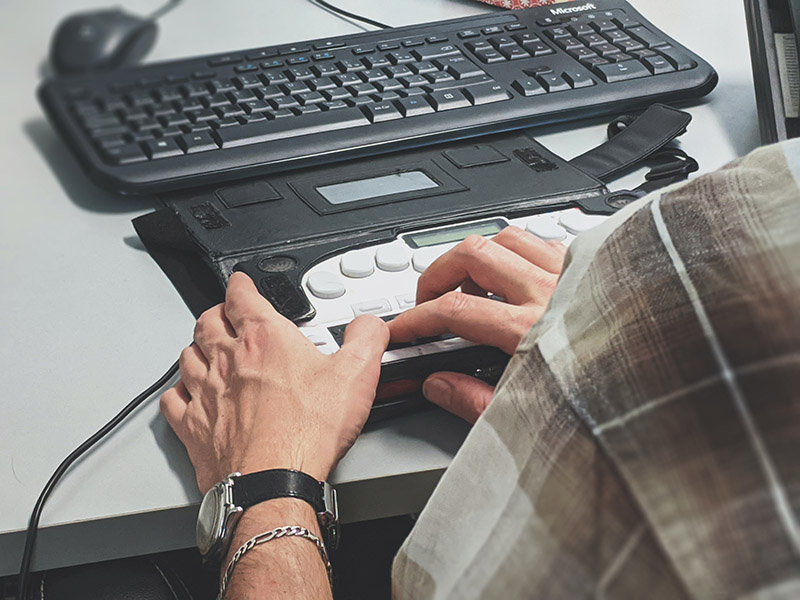 In 1991, the U.S. Department of Justice published the first ADA Standards for Accessible Design. For the most part, guidelines within the more than 70-page document focused on physical spaces. The dimensions of doors, elevators, shower stalls, and storage closets … parking and passenger loading zones … requirements for ramps, stairs, windows, and even public telephones. At the time of its creation, little attention was given to tools for communication – in fact, font size was the only element discussed in the 1991 Standards. Granted, there weren’t as many ways to communicate back then, but the absence of well-rounded guidelines is still notable.

The good news is that digital accessibility as a best practice is beginning to receive much more attention than it used to. In 2018, lawsuits against companies with poor (or no) digital accessibility nearly tripled the number filed in the previous year: from 814 in 2017 to 2,258 in 2018. And in 2019, the U.S. Supreme Court found for the plaintiff — a blind customer — who sued Domino’s stating that he was unable to use their website or app to order a pizza, i.e., that the site was inaccessible. But of course, with one step forward, there’s often two steps back: This past April saw a court ruling stating that a southern U.S. grocery store chain’s inaccessible website doesn’t violate the ADA.

“It was a disappointing finding, to be sure,” says Intouch Group UX Director, Amy Toft. “The hope is that it will go the Supreme Court to get a final ruling, or that Congress will finally vote on the Online Accessibility Act.” According to Toft, however there are problems with that bill, since it’s not specific enough and potentially limits the rights of the disabled to bring suit. “But it is good that some members of the House are actively thinking about digital accessibility and giving it some attention.”

Regardless of how the legal arguments shake out, creating digital spaces everyone can access is the right thing to do. Further, when it comes to pharma, greater digital accessibility means more patients are able to access brands’ potentially life-changing treatments. And while there is certainly time and money involved in getting up to speed, says Toft, a phased approach “makes it more palatable.”

To learn more about creating accessible digital properties check, out this article from Med Ad News, which features a lot more from Toft on how to do it right.

And to learn even more, download our recent POV on this timely and important topic.