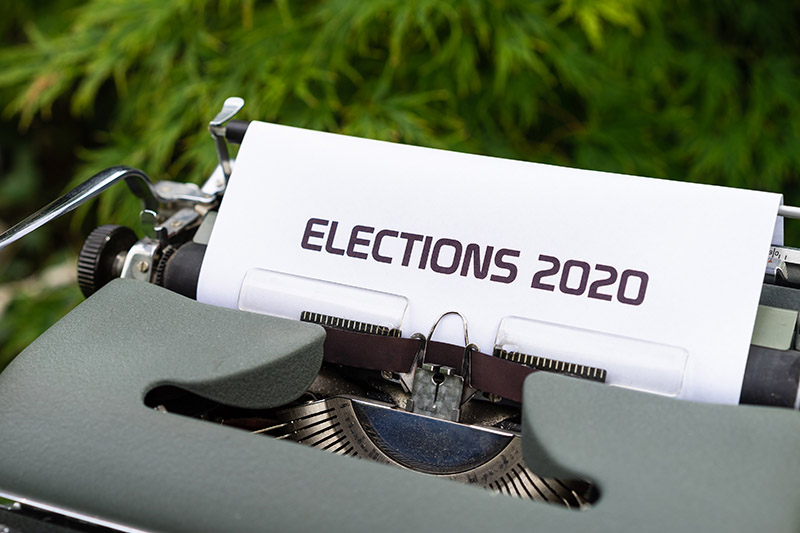 The countdown to the U.S. general election is now in days, not weeks. It’s unclear exactly when the results will be finalized – but even with the uncertainty generated by the global pandemic and unusually polarized politics, it’s possible to talk about a few issues that will be affected by this year’s election regardless of the outcome, and which are relevant to pharma marketers.

Healthcare is generally a priority issue for voters. This year, that has been highlighted, as more than 8 million Americans have contracted COVID-19; more than 220,000 have died from the disease; and nearly 8 million have lost their jobs and accompanying employer-sponsored health insurance. Although the pandemic has put Americans into crisis mode, and more procedural-feeling issues like healthcare reform have taken a back seat, healthcare-related issues like drug pricing, DTC advertising, Obamacare, Medicare and Medicaid, and systemic racism and its associated health disparities will remain top-of-mind in the days before the election … and will be hot-button issues for the next president.

Drug Pricing
Drug pricing remains an issue of great importance to voters. In fact, in some surveys, voters are even more concerned about cost than about coverage – despite the president stating in the first debate that he had lowered the price of drugs, specifically insulin, until it was “so cheap, it’s like water.” About 10% of Americans have said they’ve rationed their medication in an attempt to save money. On the other hand, as talking points from industry association BIO point out, drug prices have remained a relatively stable 14% of healthcare costs for half a century, and are growing at a lower rate than they have since 2007.

The pandemic has made the public much more aware of drug development; however, that hasn’t necessarily translated into an increased comfort level with drug prices. Drug pricing, and various proposed solutions for it, will continue to be an area of heightened focus – in the last days before the election, and for the winner of the race.

DTC Rx Advertising
“Should direct-to-consumer advertising of prescription drugs be banned?” This question has been asked regularly over the nearly 40 years that DTC Rx ads have been part of the U.S. media. The presence of DTC ads grew when the broadcast requirements for them were eased in 1997, and it won’t stop anytime soon — here’s a sample from earlier this year.

DTC ad development, like all else in 2020, has had to pivot in the face of the pandemic, even to the extent of assembling entirely stock-footage-and-CGI TV spots when in-person video shoots were impossible. And their impact has had a flip, too: new surveys are investigating the impact that DTC ads have, not only on patients, but also on HCPs themselves – a matter of increasing importance when rep access to HCPs is limited. This data from Veeva Crossix attributed a TV ad for one brand to a 23% lift – 5,000 new patients – in new-to-brand prescriptions.

The pandemic continues, and the public’s resulting increased reliance on virtual methods of communication does, too. As such, brands new to DTC – such as devices – are joining in. Ultimately, as 2021 dawns, DTC will be more important to all brands than ever before. New brands will release their first DTC efforts, ways of improving the efficacy and reach and targeting of those efforts will continue to struggle forward – and, yes, somewhere in Washington, and somewhere in an op-ed, calls to remove DTC will continue.

The Affordable Care Act
Just days before the 2020 election, when President Trump was asked in a 60 Minutes interview about the Affordable Care Act (ACA), he again said, “I hope that they end it. It will be so good if they end it.” Asked how those with pre-existing conditions (133 million Americans) will be protected, or what the replacement healthcare plan might be, he did not answer.

But neither a lack of specifics, nor a decade of time since its passage, has calmed rhetoric or divided opinions about the ACA, also known as Obamacare. According to longitudinal data from the Kaiser Family Foundation, opinions have been sharply split along party lines since the act went into law.

Still, only 5% of Republican voters cite “getting rid of ACA” as a top priority (versus 29% who said so in the 2016 election). From those with pre-existing conditions generally, to those impacted by the opioid epidemic, to those facing rare diseases or other conditions with few treatments, to the elderly – a New York Times article last month found that, “Many millions more people would be affected by such a ruling than those who rely on the law for health insurance. Its many provisions touch the lives of most Americans, from nursing mothers to people who eat at chain restaurants.”

Whoever is in the White House will be faced, as Fierce Healthcare points out, with the pandemic-related job losses that have left some 14 million Americans without health coverage. And, of course, this number – as with all pandemic-related statistics – will change as the pandemic’s effects on the country and its people continue.

Medicaid
Among the most affected by a second Trump term would be Medicaid recipients, who could see sharp cuts in federal contributions over 10 years. Medicaid, which is jointly funded by state and federal governments, provides health coverage for more than 74 million low-income Americans of all ages, including many who are children, elderly or disabled. States that have elected to expand Medicaid have successfully increased health coverage and decreased racial and ethnic disparities in healthcare coverage and access. Next year, Medicaid enrollment and spending are predicted to increase by nearly 8.5%.

In response to the pandemic, many state Medicaid programs have proposed or put into action new policies that address COVID-19 and provide ongoing access to healthcare during this public health crisis. Some states have also expanded their Medicaid coverage to make it easier for recipients to get COVID-19 testing.

Although 39 states (including Washington D.C.) have already voted to expand Medicaid, this program is still in play politically, and caps on the federal government’s Medicaid spending (over the next 10 years) have been proposed, including $920 billion less for Medicaid. If the ACA is repealed in its entirety, the Kaiser Family Foundation reports, “Federal Medicaid drug spending could increase as the federal government would receive lower rebates on drug spending for traditional Medicaid populations. States would also need to restructure how the drug benefit is delivered to avoid rebate losses as most now provide the benefit through managed care.”

Should President Trump be re-elected, losses will be felt across the board for those who rely on the programs and services Medicaid makes possible. If, on the other hand, we see a Biden win, experts predict steps to strengthen the ACA and an emphasis on decreasing racial healthcare disparities that Medicaid addresses.

Medicare
Medicare currently provides coverage for approximately 62.5 million seniors ages 65 and older, along with those younger than 65 who have disabilities or people with end-stage renal disease.

The Trump administration has proposed cutting future healthcare spending by $1.6 trillion, including $451 billion less for Medicare. Although experts say that cuts in Medicare spending would not result in a loss of benefits for current enrollees, those who need long-term care might have more difficulty obtaining it. Further, if the ACA is repealed, Medicare beneficiaries would see costs go up for preventive care, which is currently free, and the inevitable return of the drug coverage gap known as the “doughnut hole.”

A Biden administration would seek to lower the age at which seniors become eligible for Medicare, from 65 to 60; reduce drug costs via government negotiation with drug manufacturers, and enable Medicare to cover dental, vision and hearing services.

Health and Healthcare Disparities
By 2044, more than half of the U.S. population is expected to be “people of color.” Compared with whites, however, racial and ethnic minorities continue to face barriers to care and grimmer health outcomes, such as higher infant mortality rates, obesity, chronic disease and, among Blacks, higher rates of premature death. Obstacles to good health can include limited — or no — access to healthy foods, incomplete education, lack of transportation, volatile living conditions and a distrust of those in authority.

Among Black Americans, distrust of authority – including medical professionals – is an ever-present concern. From slavery and the Jim Crow south, to the Tuskegee syphilis experiments to the improperly acquired cancerous cell tissue of Henrietta Lacks, and the ongoing racial unrest currently gripping the country, the distrust won’t be easily undone. One area in which this distrust could affect health outcomes is in clinical trials for COVID-19 treatment and prevention, which are not seeing substantial enrollment on the part of Blacks. Pharma can help, says Dr. Charlotte Jones-Burton, Vice-President, Global Clinical Development, Nephrology, Otsuka Pharmaceutical Development & Commercialization, Inc., by ensuring diverse representation in leadership roles, understanding how to meet the needs of underserved patients (again, through a diverse workforce inside the pharma company, and making clinical trials more equitable by “building relationships with physician groups and patient advocacy organizations to create and support community education, develop relationships with community leaders and hear trusted voices’ views on health and wellness in those communities.”

As Intouch founder and CEO Faruk Capan recently noted, “No matter who wins the election, the headwinds are coming for this industry.” Pharma — which has thrown its support behind candidate Biden this time around — will continue to face challenges, whether it be drug pricing, the role of DTC ads, the possible dissolution of the ACA or taking on the formidable task of making healthcare more equitable for everyone. One thing, however, is certain: there are more opportunities than ever for pharma to be a force for good in these turbulent times.