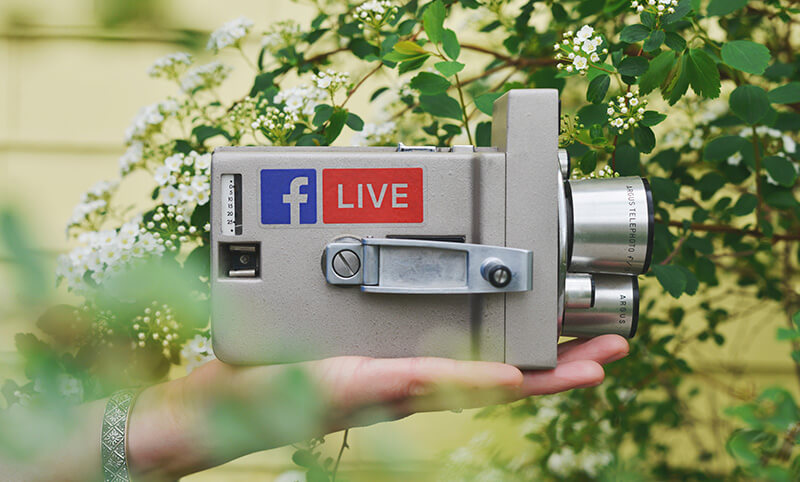 EXECUTIVE SUMMARY
Facebook will soon roll out a significant update to the design of the video tab for Pages, including a new “Featured Video” module, playlists and summary information about each video. The updates will be automatic for all pages and are expected in the coming weeks, though no official date has been announced.

Healthcare marketers who manage Facebook pages with videos should take note of these changes and prepare for the rollout. While there doesn’t seem to be an immediate threat to regulatory compliance, there are some opportunities to optimize Facebook pages with the new format.

This POV highlights the expected changes and their implications for Facebook pages and provides recommendations for optimizing pages in light of
the changes.

OVERVIEW
Over the last two years, Facebook has turned its attention to video, focusing on mobile compatibility and introducing an auto-play feature that allows users to view Facebook videos without pushing play while scrolling through News Feeds and pages. According to Facebook, “video uploaded directly to Facebook is an increasingly important part of News Feed,” with an average of more than one billion video views per day since June of 2014. As a result, Facebook has continued to update the user video experience, tweaking its video ranking algorithm and introducing video views to help users find the most popular videos. By November 2014, shares of videos uploaded directly to Facebook exceeded shares of YouTube videos on Facebook for the first time in the history of the platform.

“By November 2014, shares of videos uploaded directly to Facebook exceeded shares of YouTube videos on Facebook for the first time in the history of the platform.”

Facebook is now overhauling the look and feel of its video tab, introducing a layout that is strikingly similar to the YouTube Channels design. TechCrunch first reported the changes on December 24, after noticing a new layout on the ABC News Facebook page’s video tab.

Facebook confirmed ABC was one of a handful of pages piloting the new format before it is released to other pages. In the new design, Facebook moves away from the photo album look by changing the video thumbnails from squares to rectangles and providing more information, such as the title, likes and video view counts, instead of just the picture and video length. Facebook is also introducing two new features on the tab: the “Featured Video” module and custom video playlists.

FEATURED VIDEO
The “Featured Video” module allows pages to place a specific video at the top of the videos tab, similar to pinning a post to the top of Timeline. This module mimics the traditional layout of the Facebook “Theater View,” but allows the user to view the title, description, likes, view counts and live comment stream directly on the page, rather than having to click into the theater view. Currently, this video does not auto-play when users click into the video tab.

PLAYLISTS
The new custom playlists will allow pages to sort videos into groups under titles of their choosing. It appears that pages will likely be able to place their videos in any order within the list, as the playlists on pages with the new format are not restricted to chronological order. The “All Videos” playlist generated automatically by Facebook does appear to be restricted to chronological order, with the most recent video appearing at the beginning of the list. Currently, videos in the playlists also do not auto-play; users are required to enter the theater view to watch the video, see the description, like, share or leave comments.

IMPACT TO PHARMA FACEBOOK PAGES
VIDEOS TAB
The video tabs on pharma pages that already have existing video content will be automatically updated to the new format when Facebook officially rolls out this update. The update will consist primarily of the “All Videos” playlist and the new look of the video thumbnails. After the update, users will be able to see more information about a video at a glance (i.e., the title) before clicking on it. This could potentially mitigate video bounce rates, since more visible information — like the title and view count — may help users find the video they want without having to click into it first.

TIMELINE
It is currently unclear if the updates to the video tab layout will also have implications for Timeline. On the ABC News page, the “Featured Video” on the video tab is also present as a video in the “About” module on Timeline. However, there doesn’t appear to be any page piloting the new video tab layout that also had a video in the About section. Therefore, it is unclear if the video displayed on the ABC News Facebook page is related to the new video tab updates, or if it will be an entirely separate feature.

RECOMMENDATIONS
There are four main steps pharma pages can take to fully utilize the benefits of the new video tab’s format:

OPTIMIZE VIDEO TITLES
In the new format, video titles will be visible on the page. Therefore, titles should concisely and clearly explain what videos are about in order to help fans find the videos most interesting to them. However, brevity is key. Fully visible video titles on pages piloting the new layout were no longer than 44 to 48 characters, including spaces. Other titles lengthier than that were truncated. Optimizing the titles will also help Google and Facebook index the posts, making it easier for people to find them through an Internet search.

UTILIZE THE FEATURED VIDEO MODULE
Pages should utilize the Featured Video module to help set the tone for the rest of the videos tab. This video will serve as a hook to keep fans interested in the page’s video content, enticing them to stay in the tab to engage with more videos. Pages should pick a video that their intended audience finds informative enough to share with their own followers, as this may help expand the reach of the video and drive interested users back to the page to look for similar content.

USE PLAYLIST TO SUGGEST VIDEOS
Pages should use playlists as an opportunity to suggest videos of related topics in order to help fans find additional videos they may like. For example, one playlist could contain general disease-state education videos for the newly diagnosed patient, while another playlist could provide patient stories. If users like one video about a certain topic, they may also want to view other videos of an equivalent theme. Grouping similar videos into playlists makes it easier for fans to spend more time watching videos and less time looking for them.

PROVIDE MORE VIDEO CONTENT
As video continues to engage users at a higher rate than image or text posts, pharma pages should take a cue from Facebook and resolve to provide more video content for their audiences. For more information about the growing importance of online video, read our POV.

FINAL THOUGHTS
The new features and layout of the Facebook videos tab make it easier for fans to find videos they want to watch, while helping pages direct their fans to video content they may find useful. It will be important for pharma pages to optimize their video content for the new format, especially as Facebook continues to strive to make video central to the Facebook user experience.