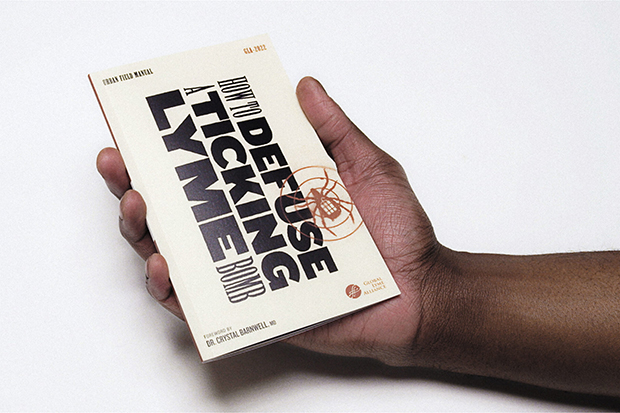 How do you defuse a “ticking Lyme bomb”?

Intouch recently had a chance to shed light on the increasing risk of Lyme disease by partnering with the Global Lyme Alliance to help correct for the lack of education the healthcare system has historically offered about skin conditions in darker skin. Our hope is that our work can help patients – especially people of color – get potential Lyme infections diagnosed earlier and more accurately.

With more than 476,000 new cases a year, Lyme disease is a bacterial infection resulting from the bite of an infected black-legged deer tick. Initial symptoms can include a rash, fever, headache, and fatigue. If it goes untreated, the infection can spread to the joints, heart, and nervous system.

Cases are increasing as ticks become more prevalent everywhere. Communities of color may be most at risk, because the telltale sign of a tick bite, the red “bull’s eye” rash, is less visible on dark skin. Making matters worse, almost no documentation exists currently to help doctors and patients recognize rashes on darker skin tones. People with darker skin can be misdiagnosed and undiagnosed, leaving them with untreated, severe Lyme disease.

We created a tool, fueled by AI, that makes it possible for users to check their skin for rashes and assess their risk. The Lyme Bomb Detector is the first smartphone tool enabling earlier detection of Lyme rashes on Black and brown skin, and more accurate identification of Lyme overall. The tool also checks for common Lyme symptoms with a quick quiz, and connects people to local doctors via in-app geolocation. A picture is analyzed using a neural network model, which has been trained with photographs of varying skin tones and visual symptoms, and which was developed with leading Lyme specialists.

The greatest power of this tool is that it can help physicians overcome their own internalized biases, and the biases of the system in which they were educated, using AI to help evaluate and ideally give patients a more accurate Lyme disease diagnosis earlier, when interventions are most successful.

“The Lyme Bomb Detector app is doing something that hasn’t been done before—and that is to level the playing field for black and brown people dealing with Lyme,” says Dr. Crystal F. Barnwell, Lyme specialist and Directing Physician of the Danio Group of Atlanta.

In partnership with the Global Lyme Alliance and Dr. Barnwell, we are working rapidly with internal agency technologists and creatives to bring the tool to Apple and Google app stores by late 2022. Although we plan to pilot the project in New York, we hope for it to spread to all major cities where Lyme disease is on the rise.